The theme of the 10th annual Polly’s Folly Fall Regatta on Megunticook Lake in Camden was cool boats. In addition to the usual Laser crowd, the race included a classic wooden moth, a sailing canoe, a Lightning, a Bluejay (sailed by the fleet’s youngest racers), a GP14, a rowing shell, and a kayak. The wind had gone elsewhere, so the second theme was cheating. Several racers were seen using paddles to move up in the fleet.

And in a first for the regatta, there was a near sinking. One of the Lasers was rigged without its plug and began to sink out in the middle of the lake. Luckily, a race organizer was able to get there in time to rescue the boat and her sailor. The deeper question here is: was JKHJr trying to sabotage his old friend Carl?

The first race course was a windward leeward around a big rock; the second involved a small artificial duck that was hard to see in the gorgeous fall light reflected off the mountains and lake.

Below are some photos: 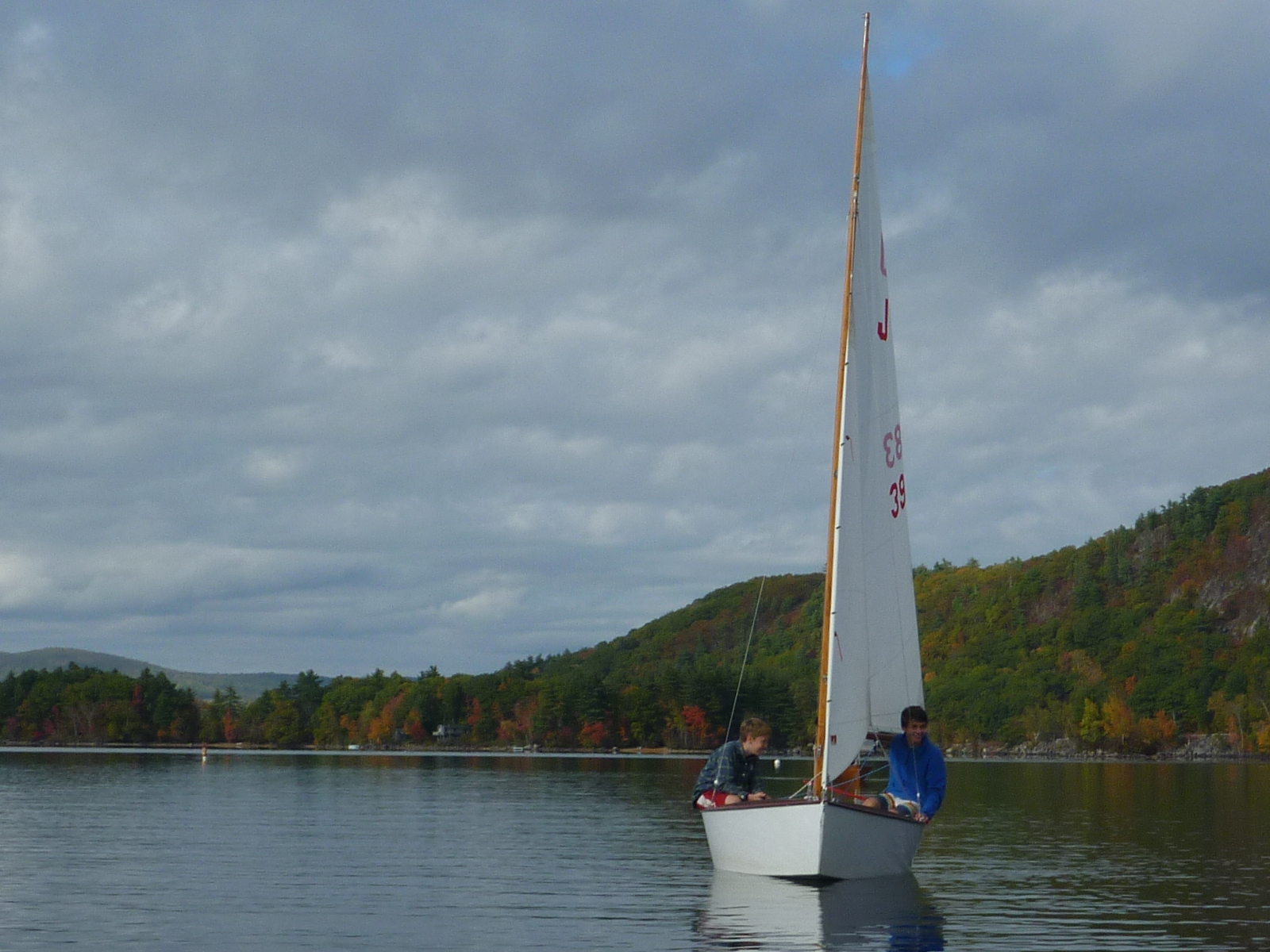 3 thoughts on “A lake and lots of funky boats=fun”